I found several issues in the sharding visual tree explain:

1 - With several stages of explain, the view is being hidden by the background: 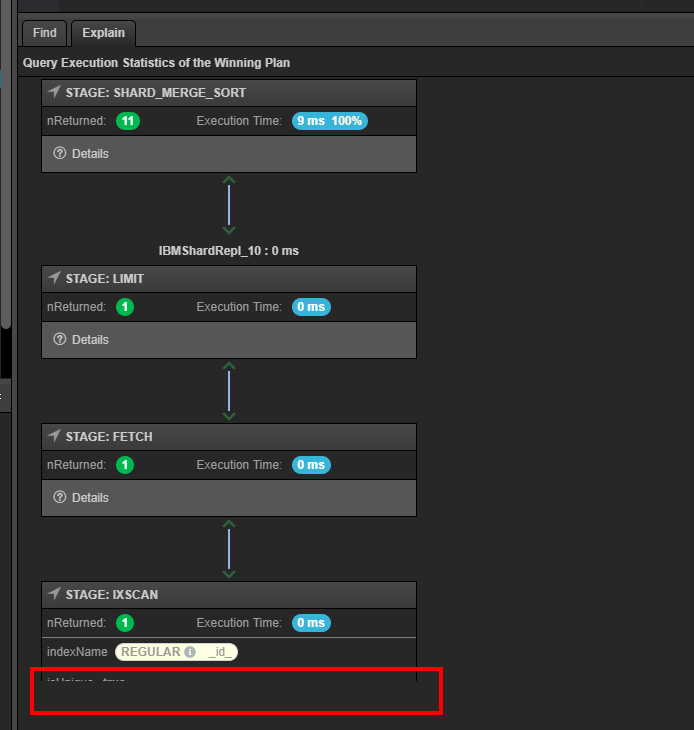 3 - I think you guys need to think about the user experience of this green arrow. For example this last explain (the shard one) I clicked in a single green arrow and this was the result:

But the expected result (at least for me) is to collapse the node I clicked but remaining all other nodes, not the opposite. Currently I can't collapse a single shard, but only stages inside the shard explain itself. For example, how to collapse this stage:

I also can't go back to the entire tree after collapsing any node, I need to realod the entire explain:

For last, after uncollapsing all following nodes should uncollapse too, because currently I need to uncollapse many nodes if I "missclick" any green arrow.

I liked a lot this visual tree feature, but for user experience it can be better (expecially the green arrows).

We have worked out a new build to resolve found issues from rc1. Please download and give it a try.

We have worked out a new build to resolve found issues from rc1. Please download and give it a try.

Replies have been locked on this page!